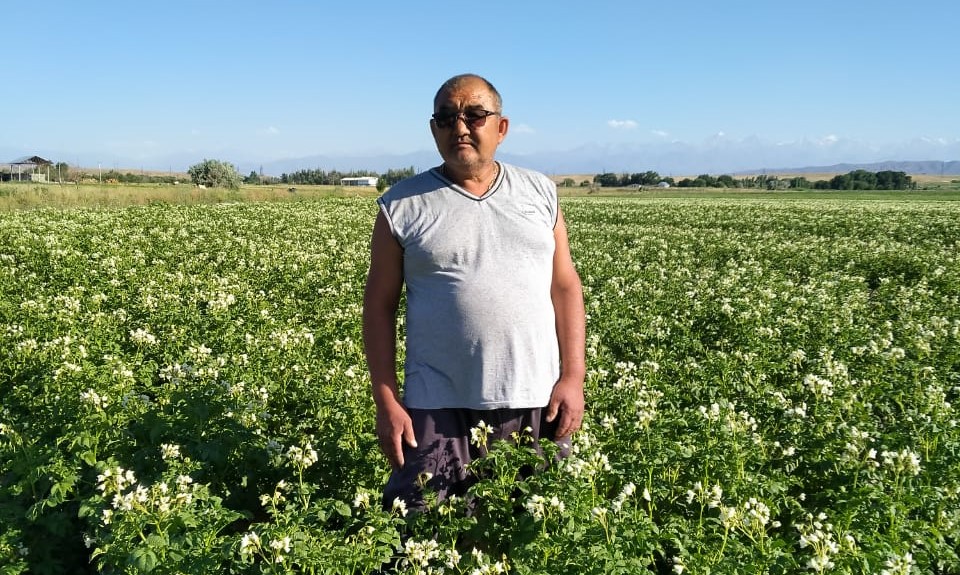 The climatic conditions of the Zhambyl district of the Zhambyl region are favorable for growing onions. Back in Soviet times, onion was sown en masse here, which was the main agricultural crop of the region. And today, those who continue to grow crops sow onions every year. The yield of this useful vegetable is on average 70-80 tons per hectare.

A resident of Baiterek village Nurlan Egizbayev this year expects to get a crop no worse than last year. Agrotechnical measures were carried out in a timely manner, technologies were observed. The high-quality organization of work was facilitated by a loan on favorable terms from the Agrarian Credit Corporation.

“This is not the first time I have applied for a state loan. In 2011, and later in 2016, I bought two tractors with borrowed funds from the corporation. Last year I took out a loan under the Ken Dala program, bought seeds and chemicals. This year I got another loan for spring field work, I bought fertilizers and diesel fuel.Now I'm waiting for the MTZ 1221 tractor and the lawn mower from Semey, which I bought under the Agribusiness program, - said Nurlan Egizbaev, head of the Egizbay farm.

Now the farmer will have three tractors of his own. In general, the farm sows about 100 hectares of land; in addition to onions, they grow potatoes, winter wheat, and alfalfa. The areas are partially equipped with a drip irrigation system.

The participants of the farm were five brothers who, together with their families, grow, sell, and store vegetable products. Moreover, they are partially sold outside of Kazakhstan, sending trucks to Russia. Potatoes are mostly sold from local markets. By the way, another acquisition of the Egizbay farm this year was a potato harvester and a breeding sheep of the Gissar breed.