The apple orchard that raised the village 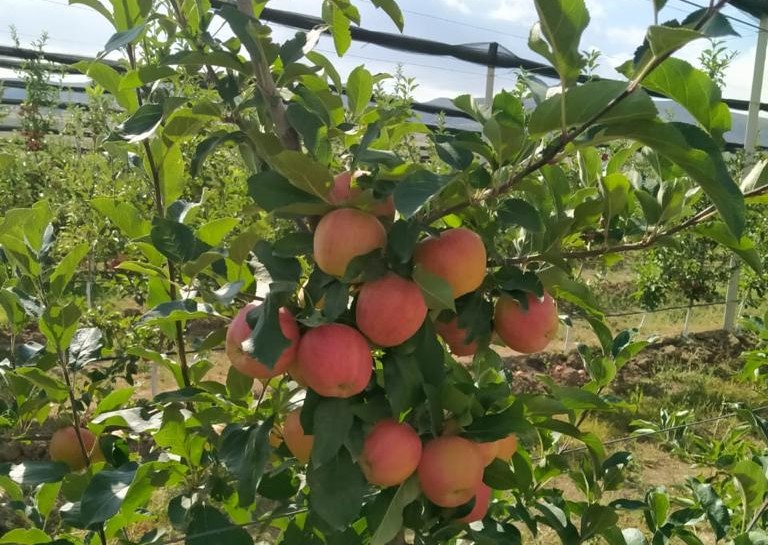 Since childhood, Aset Kayypbekov wanted to grow apples and garden. However, one moment did not come. At first he sowed wheat, ground flour and baked bread, then he took up construction. However, even when he was lying or standing, his childhood dream still beckoned to him. In 2017, he founded the Kazygurt Gardens agricultural production cooperative, and the following year he began planting an intensive apple orchard in the village of Abay, Tolebi district, Turkestan region, where he was born and raised.

“The land of our village is very suitable for growing apples. The mountainous area is hot during the day and cool at night. It turns out that apples grow well in this climate. We have applied for a loan from the Agricultural Credit Corporation for an intensive garden. We bought 18 garden tools and seedlings from Italy, built a 700 cubic meter pool, a trellis system, and a drip irrigation system. We have planted 300,000 apple tree seedlings on 140 hectares of land,” says Aset Kayypbekov, director of the cooperative.

4 Italian varieties are planted in the garden, such as Granny Smith, Idared, Golden Delicious, Gala. Now the Gala variety is harvested. Let the first harvest this year be 2 thousand tons of products. It will increase by 2,000 tons annually, and the yield of the orchard will increase to 8,000 tons in the future. Apple picking lasts until November. The action will involve up to 400 people from 5 nearby villages. The entrepreneur's current plan is to take another loan from the corporation and build a 5,000-ton fruit warehouse.

It should be noted that the creation of an intensive garden is one of the priorities of the Agrocredit Corporation. For these purposes, the corporation allocated 48 billion tenge from 2006 to 2022. In addition, 45 intensive gardens with a capacity of more than 130 thousand tons of products per year have been opened.